The #BEST14 is a summer e-school, organized by the digital agency – E-voir, which happens every year in Cote d’Ivoire, and reunites local and international influencers on a specific high tech thematic.

This year, it happened in Bonoua between the 4th and the 6th of September with the theme being “Internet for all, why is it important?”

Instead of simply telling you what happened there, and as a community manager, I will take the data angle and give you an overview of what happened during the #BEST14… on social medias!

But first, just for you, here is a list of awesome tools that were used:

More than ½ of the messages came from women’s accounts! #WomenInTech #GirlsOnly #MysTic

One can clearly see that the hashtag was at its peak during the days of the event, great sign!

I still find it strange that Japan was one of the countries listed, but it’s great to be able to have such diverse following! 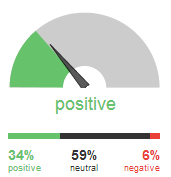 Twitter, being one of the most mobile platform was overwhelmingly more used than Facebook or YouTube. One must remember that twitter is great for conversations whereas Facebook is more static, it’s more of a sharing platform. In the community manager sphere, before using a social media platform, you must clearly define why you need it.

On average, the #BEST14 could touch 774 000 accounts, it doesn’t mean all of them read the messages but that their accounts were reached. At peak time, this exposure went up to 1 933 965!

For all of you that were at the #BEST14, what impact did it have on your social media channels (aka: how many new followers were gained thanks to the exposure)?

We cannot complain about what they think of us until we start telling them about us.